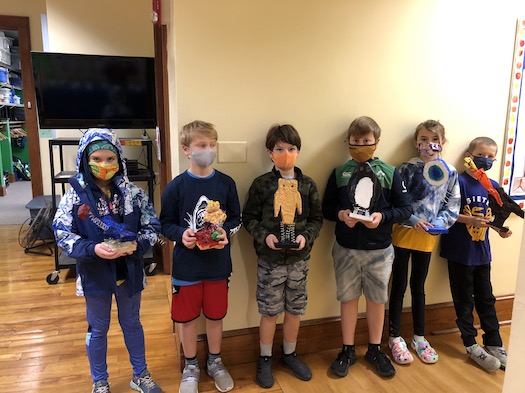 Fourth Graders made these fantastical sculptures, “hatchlings,” using a variety of materials. They started by drawing an egg during a Zoom art lesson that took place while the fourth graders were first in quarantine. They practiced shading the egg to make it look three-dimensional. Then they drew an imaginary creature hatching from the egg. They used Styrofoam and wire to build their creatures’ skeletons and chose between covering them with a skin of papier-mache or aluminum foil. As the hatchlings hatched and took shape, students named them, painted them, and wrote creative stories about the hatchlings’ adventures far and wide. The high level of pride among the fourth graders for both their creative writing and creative artwork was palpable as they presented their hatchlings and read their stories to one another. They celebrated their accomplishments with an author’s tea and cake! 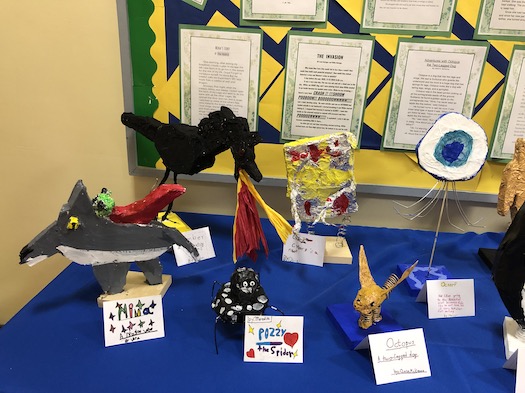 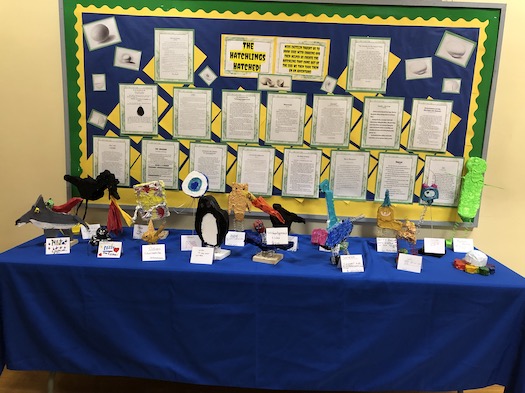 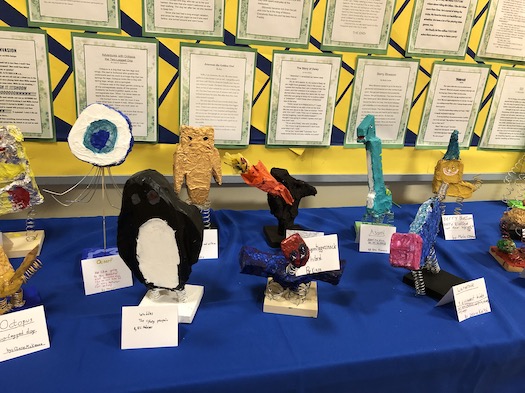