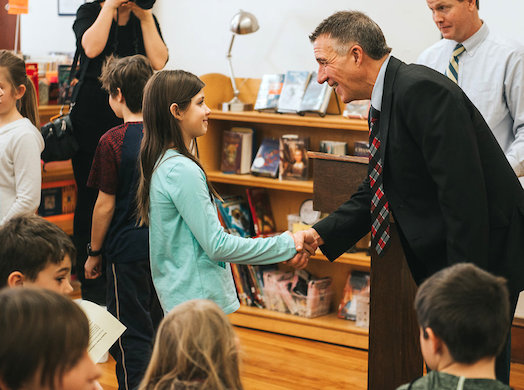 NORTH BENNINGTON — Phil Scott made his first official trip to Bennington as governor on Monday, spending time at the Village School of North Bennington and the Bennington Department of Motor Vehicles.

Scott, who was accompanied by Bennington state senators Dick Sears and Brian Campion, was greeted at the Village School by Head of School Tim Newbold. The principal spoke to the success of the school’s transition to being an independent academy, noting that it has allowed them increased flexibility to better utilize the resources of the community. Newbold said the community has been extremely supportive, and has invested a lot, in the school’s efforts.

“This place represents the hopes and dreams of this community,” he said.

Newbold also implored that Scott nominate members of the state board of education, “who believe in creating opportunities for all types of educational institutions.” He criticized the recent rules proposed by the board designed to make independent schools more equitable, which he said, “really (do) pose some interesting challenges.” 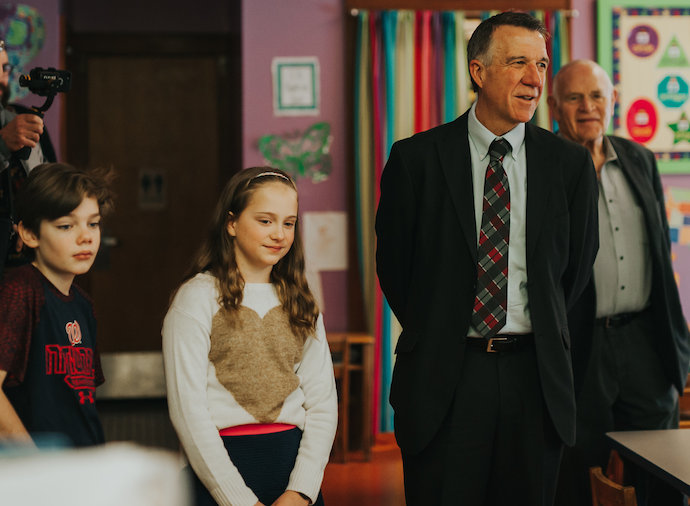 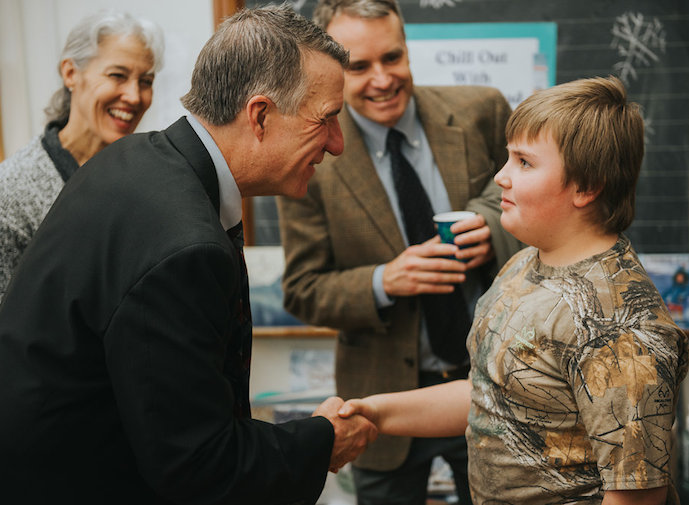 Scott was given a tour of the school by students Iris Nofziger and Mason Schade. He stopped first in the first grade classroom, where he admired a penguin they had created in art class. In the pre-k classroom, Scott read the students a pop-up book, “Winter’s Tale” by Robert Sabuda. He also made stops in the second grade and kindergarten classroom. Scott joked around with the kindergartners, feigning shock that they weren’t older. “Is this the fifth grade?” he asked, “Kindergarten? You’re five? You look about six and a half!” 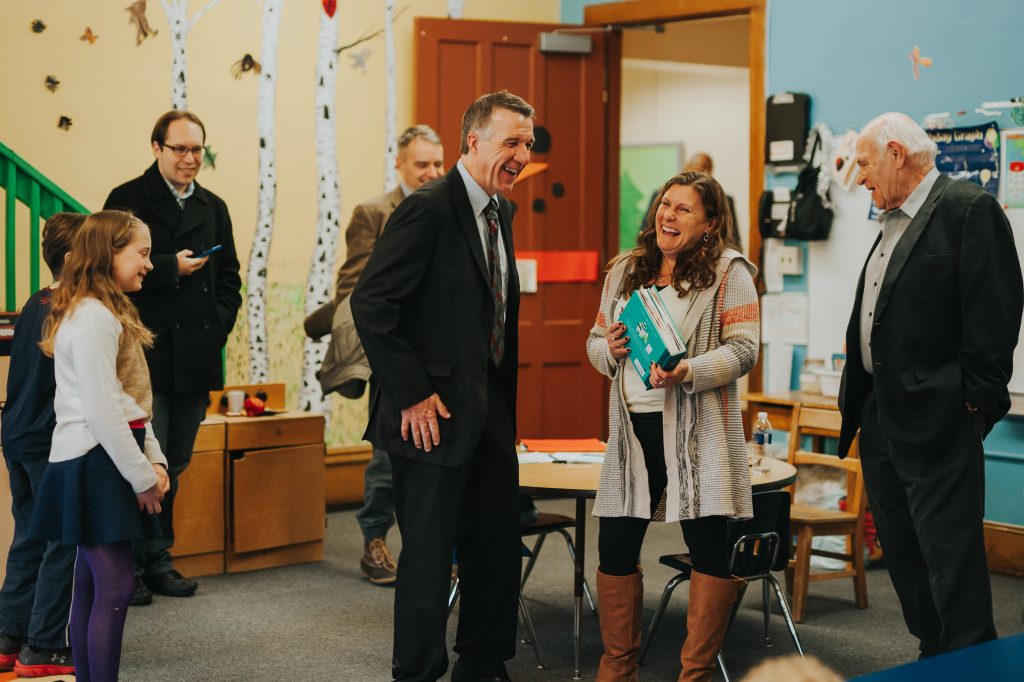 After getting a tour of the building, Scott held a press conference for the students, and spent about 20 minutes answering their questions. “Thanks so much for having me today,” he said to them, “It’s always a pleasure getting to come down and visit the southern part of the state. I love coming here.”

One third grade student asked Scott what he plans to do to help Vermont schools. “I presented my budget last week to the legislature,” said Scott, “and what I’m thinking is, we spend a lot of money for education from kindergarten through 12th grade. And what I think we need to do is have more early learning, more pre-k, and expand that in the front part of a child’s life, as well as having more higher education, all within the same spectrum. So, what I’m saying is take the k-12 (model), and expand it so we have more early learning as well more, for those who are looking for a job after high school, to get them properly trained for the jobs that we have available in Vermont.”

“There are some days when you really wonder why you’re doing what you’re doing, I will admit that,” said Scott, when asked by a student about the difficulties of being a leader, “20 years ago, and I bet some of you weren’t around then, I didn’t have any interest in politics. I was just a business owner, I had a construction company that I owned for about 30 years. I had bulldozers, and backhoes, and trucks. But what happened is, I started complaining about what they were doing to me in Montpelier. I kept saying, ‘They just don’t understand all the obstacles they’re putting in my way.’ I complained enough that I finally looked my self in the mirror and said, ‘I should get involved. I should have my voice heard.’ So I stepped up, and ran for the senate.”

“Some days are more difficult than others,” he said, “But if you can help one person every day, if there’s one thing you can do to help someone, it makes it all worth it. But there are challenges. Especially when you have some people who don’t understand what your policies are, or what you said, and they manipulate what you say and they make you out to be a person you’re not. That’s the frustrating part.”

Photos above by Idena and Michael Beach.