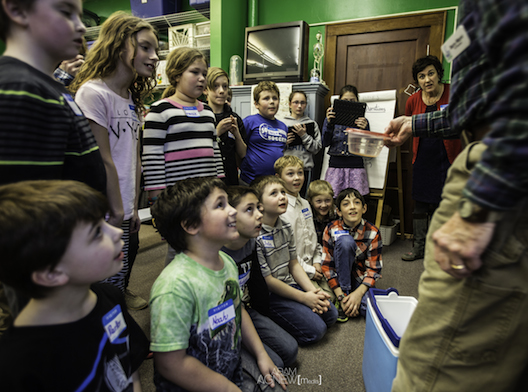 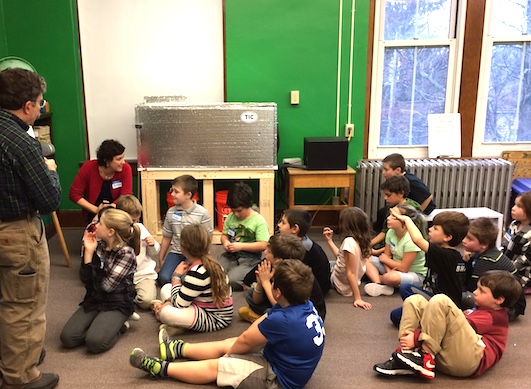 Backus’s class is the first classroom at the Village School of North Bennington to have participated in the Trout in the Classroom (TIC) program. Students raise the brook trout from eggs until they’re ready to be let go into state-approved streams.

Along the way, students get to learn about early trout development and anatomy, habitat, water chemistry, life cycles, and food. According to the Vermont Trout in the Classroom’s website, teachers tailor the program to fit curriculum needs. While it focuses on mostly science, it incorporates other disciplines such as: math, social studies, language arts, technology, and even fine arts.

The program is active in classrooms statewide, and has been picking up steam in Southern Vermont in recent years, with classrooms in area schools participating. TIC is a national program that has been overseen by Trout Unlimited. The program has been going on for about 25 years.

Friday afternoon marked the beginning of the classroom’s journey with the trout. Backus and her class were joined by visitors from the Southwestern Vermont Chapter of Trout Unlimited to help welcome their new friends to their classroom, along with local fly fishers. 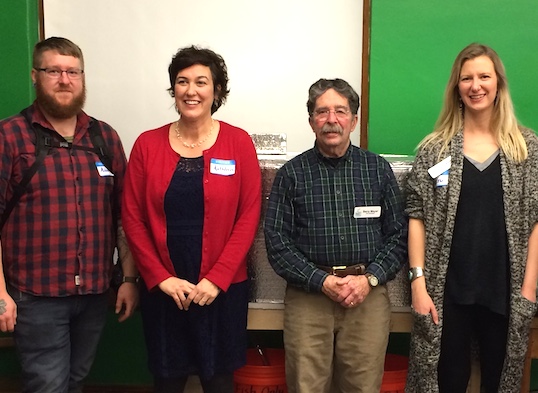 According to TIC volunteer Erin Lyons, Backus became interested in doing the program after hearing about it from public access programs and from hearing about how other schools had classrooms participating. Backus decided to reach out to the program to get her classroom involved. About 22 schools participate in the program in total, Lyons said.

Lyons said that funding was needed to help bring the program into Backus’s classroom and a local angler helped the classroom to be able to afford to participate in the program. 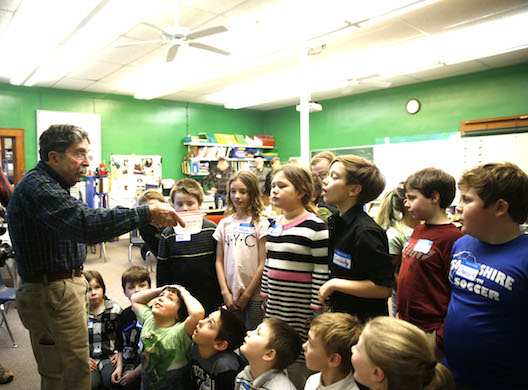 Barry Meyer, the vice president of the local chapter of Trout Unlimited, explained to students about how he picked up the tiny trout eggs and brought them to their school. He also answered any questions students had about the fish.

The trout eggs originally came from the Roxbury Fish Hatchery in Roxbury, and were picked up in Rutland by Meyer before being delivered in Backus’s classroom.

According to the Vermont Trout in the Classroom website, classes typically release their trout into nature in mid to late May.

To learn about the program, visit: vermonttroutintheclassroom.weebly.com.  Click here to read this story in the Bennington Banner and to review more photos. 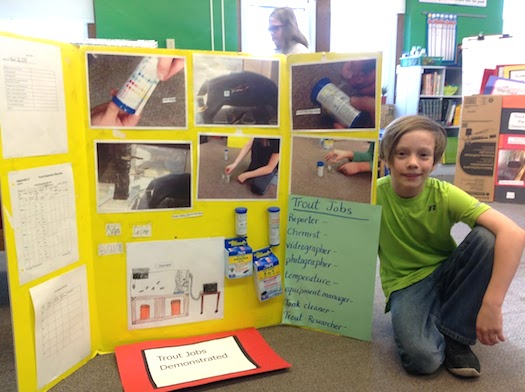 Student with Trout in the Classroom project board